The Borough has partnered with retrievr(formerly Curb My Clutter) for residents to recycle materials.  For more information on this service, please click here.

ITEMS ELIGIBLE TO BE COLLECTED UNDER THIS PROGRAM

WHERE TO RECYCLE YOUR COVERED DEVICE

Pick-Up-Please, an organization sponsored by the Vietnam Veteran’s of America, provides free pickup of electronic devices and other materials. For more information on which devices are eligible for pick up, go to their webpage. 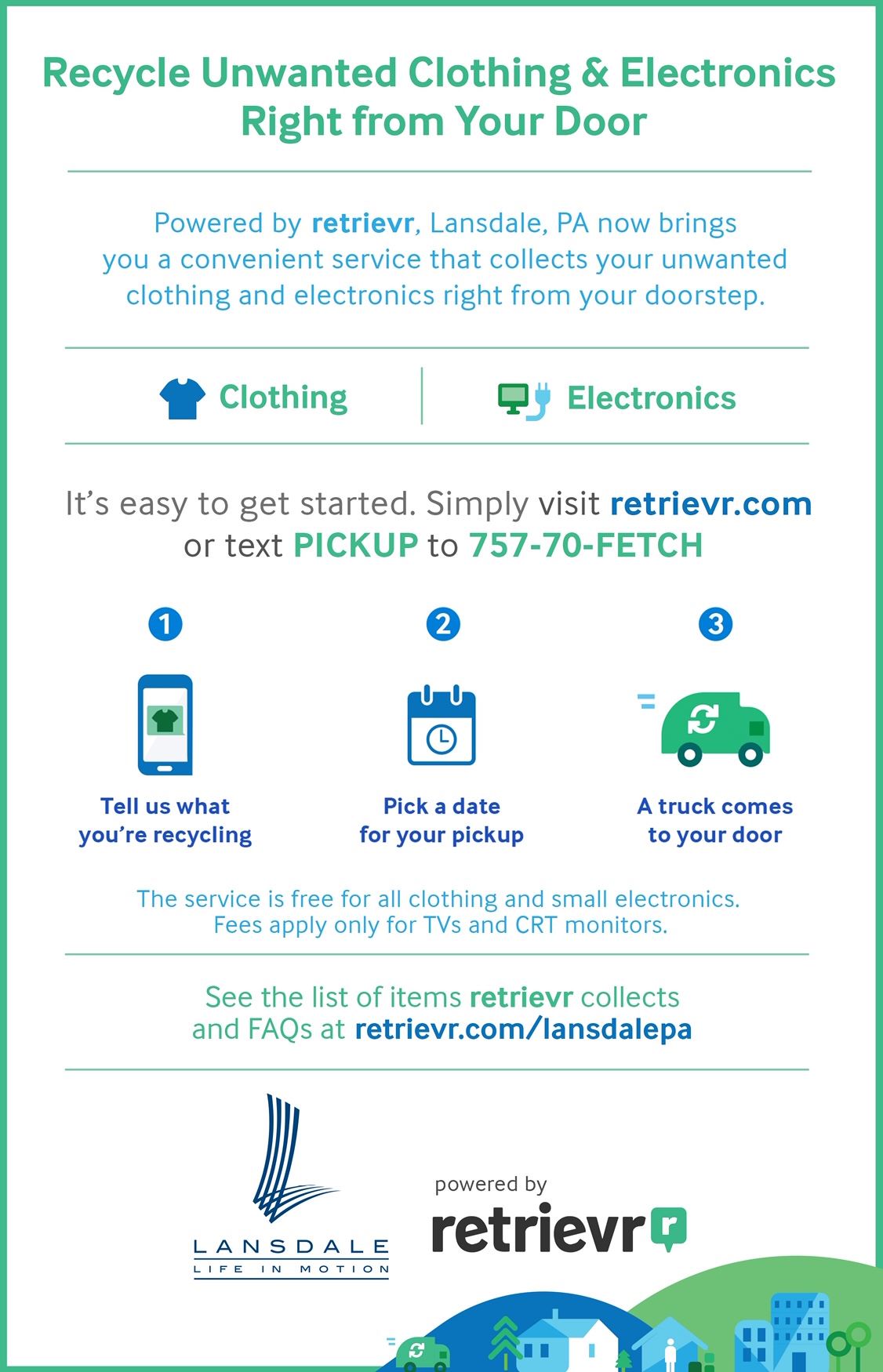 The Pennsylvania Covered Device Recycling Act was enacted in 2010 and requires consumers to keep covered devices, such as cell phones, computers, laptops, monitors, and televisions, out of the trash.

Electronic products are made from valuable resources and materials, including metals, plastics, and glass, all of which require energy to mine and manufacture. Donating or recycling consumer electronics conserves natural resources and avoids air and water pollution, as well as greenhouse gas emissions that are caused by manufacturing virgin materials.

Recycling one million laptops saves the energy equivalent to the electricity used by more than 3,500 US homes in a year.

For every million cell phones we recycle, 35 thousand pounds of copper, 772 pounds of silver, 75 pounds of gold, and 33 pounds of palladium can be recovered.